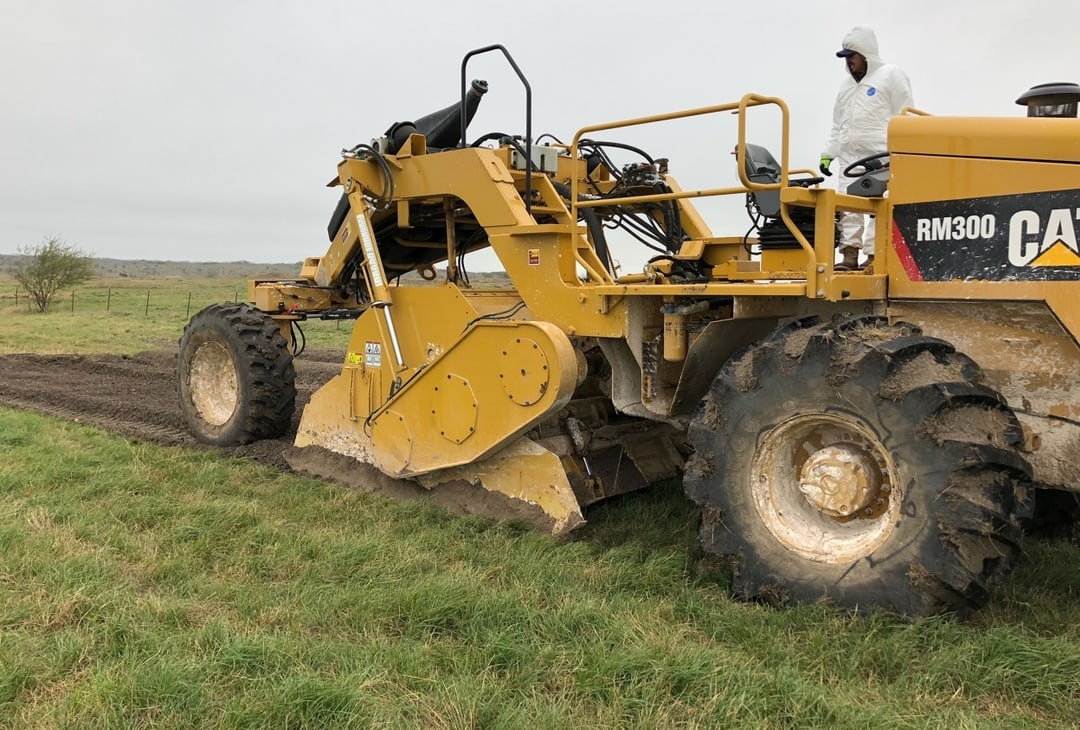 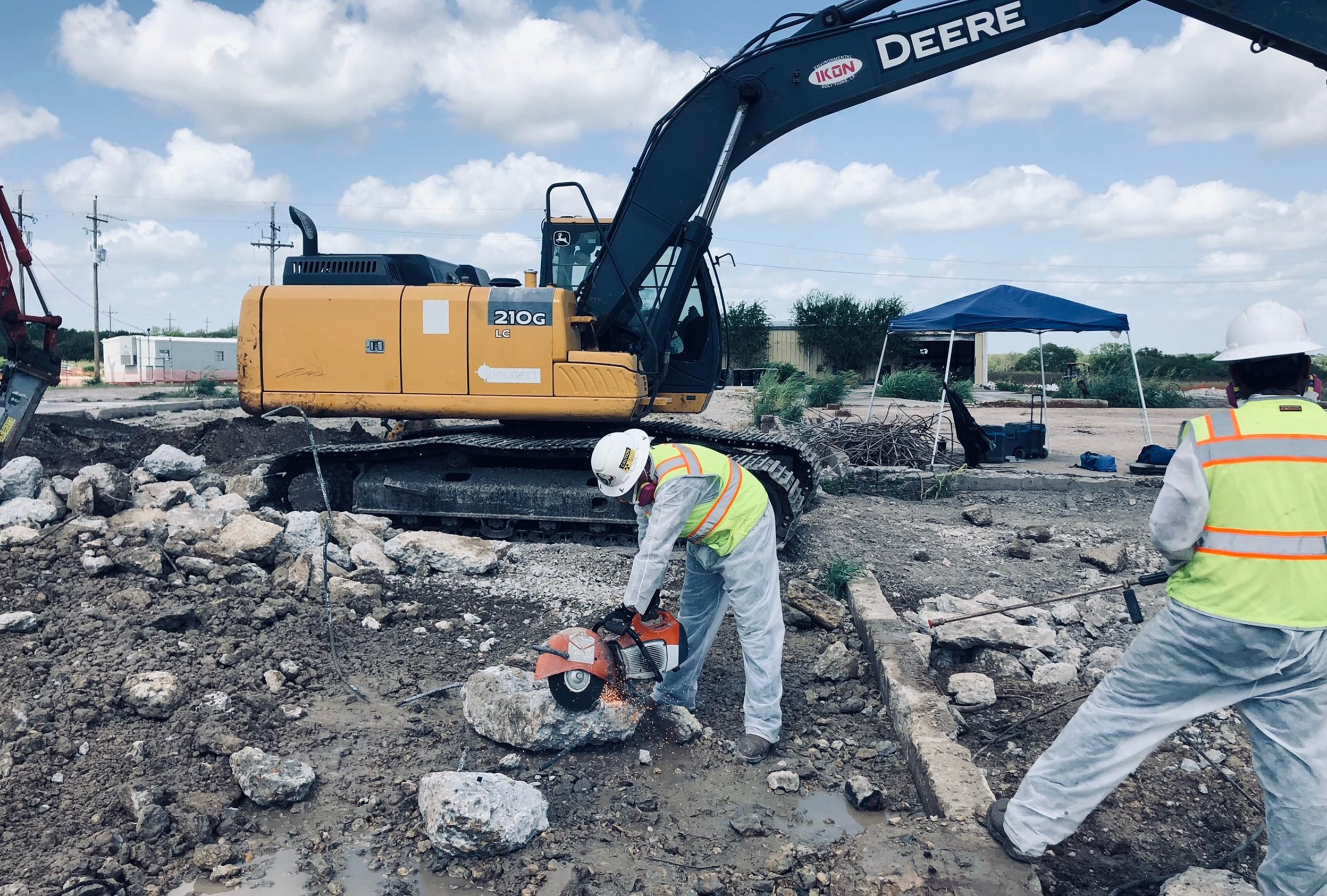 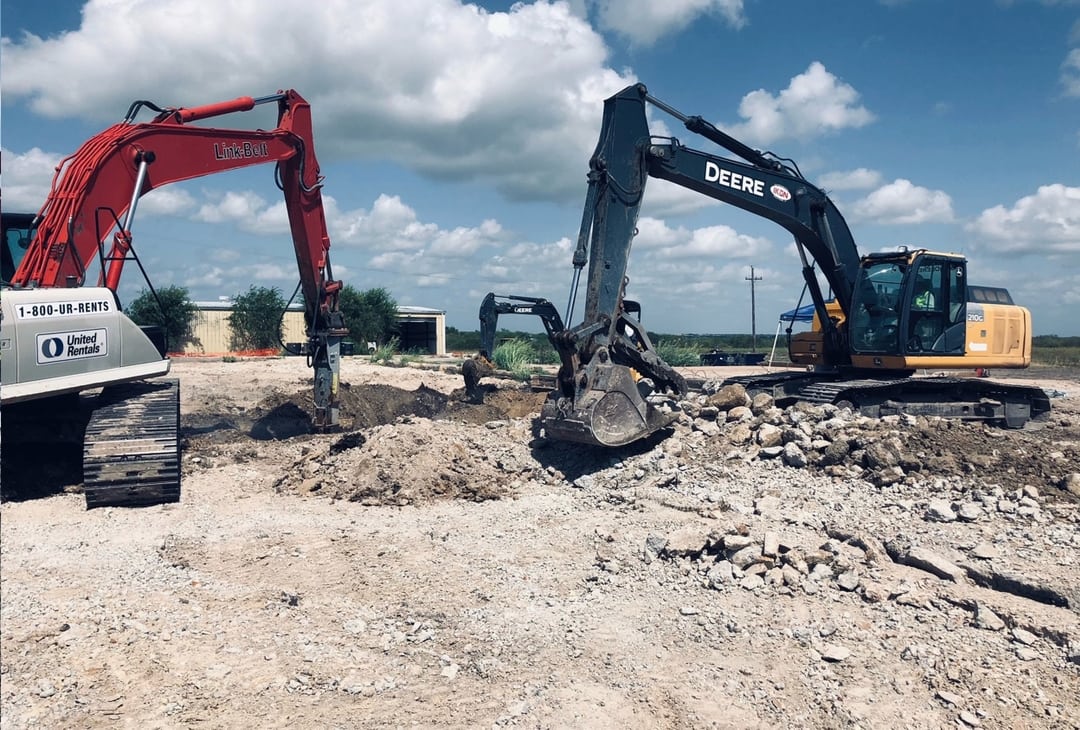 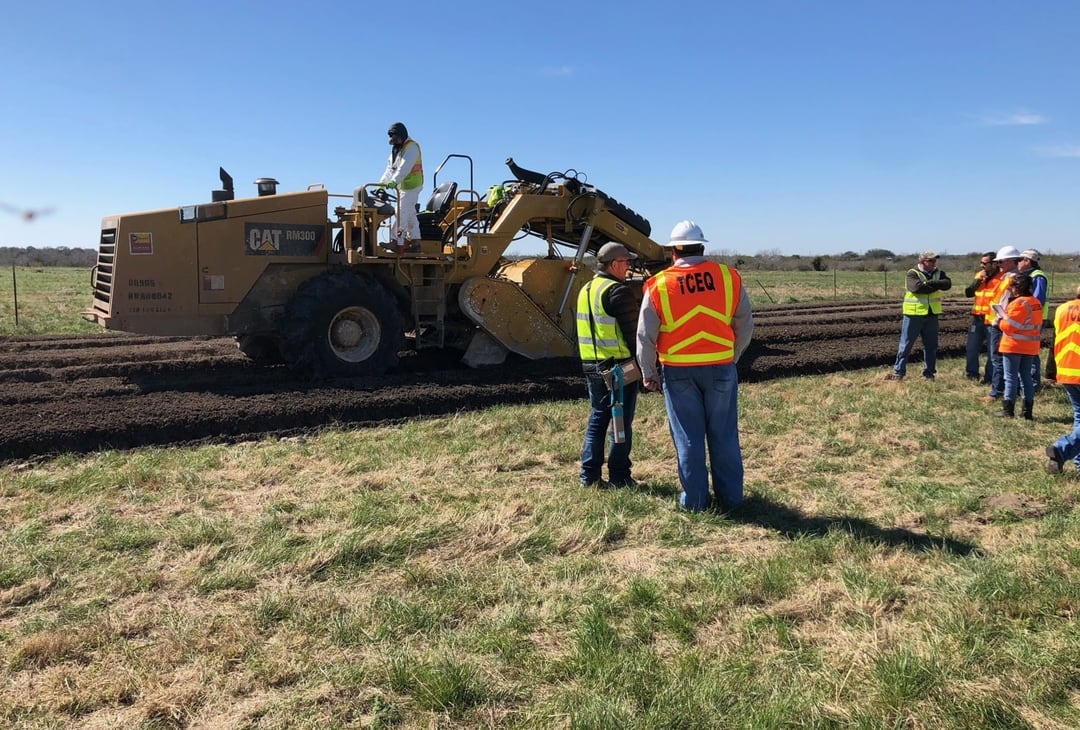 IKON completed the Remedial Action of a Former Uranium Mine that was abandoned without completing decommissioning located in Three Rivers, Live Oak County, Texas.  The work was performed under the guidance of the Texas Commission on Environmental Quality (TCEQ) and Weston Solutions.

Sources of Ra-226 in on-site shallow soils were most likely due to cuttings brought to the surface during exploration or development, as well as spills of process or restoration fluids.  The site was divided into 6 remediation areas totaling approximately 94 acres.

Remedial Action was focused on addressing surficial contamination as well as localized areas with affected materials at depths below 18 inches. Remedial action objectives included complete decommissioning of the site so the properties can be released by TCEQ for unrestricted use, mitigation of potential fugitive dust emissions to reduce the risk of airborne releases of site chemicals of concern (COCs) and the full restoration of areas remediated to the pre-excavation soil-type, compaction and approximate grade.

Scope of work and remedial approach that IKON implemented to achieve these objectives included clearing and grubbing of the entire site, conduct gamma scanning surveys to determine the radiation levels across the site and then perform lateral mixing to depths of less than 12 inches and homogenization to depths of 18 inches for soils where elevated Ra-226 concentrations existed. Verification gamma surveys where soil has been mixed and/or homogenized were conducted and if required, repeat mixing of the soils were performed until the radiation levels met the required levels.  Confirmation samples were also sent off to an independent lab to ensure QA/QC.  Transfer debris (pipe or other material from former mining operations) was transferred to an on-site staging area for subsequent decontamination and disposal.  Material was characterized and classified for proper transport of waste streams generated during the remedial action to licensed off-site disposal facilities. Upon completion of soil stabilization and waste removal activities, the site was restored to pre-remedial action grade and seeded with native grass.

The site was divided into 6 remediation areas totaling approx. 94 acres. Upon completion of soil stabilization and waste removal activities, the site was restored to pre-remedial action grade and seeded with native grass.

safety is our main priority

( Please Complete The Form Below )

Thank you! Your submission has been received!
Oops! Something went wrong while submitting the form.